KARACHI: If you’re a woman, you’re aware of the daily struggle. Harassment is part and parcel of the daily life of women, be it the public sphere of life or online spaces.

The first yearly report published by the Cyber Harassment Helpline of Digital Rights Foundation (DRF) has revealed that 70% of the women who contacted the helpline are afraid of posting their pictures online as they could be misused. “The use of these technologies is gendered and informed by the positionality of particular users,” read the report. “Young women are much more likely to self-censor their activities online and experience online harassment. This makes them more vulnerable in online spaces, along with other groups such as religious minorities and activists in Pakistan.”

According to the press release issued by DRF, the “Cyber Harassment Helpline: One-Year Report” contains data collected by the helpline that highlights the nature and extent of the problem of online harassment.

It further contains recommendations for public bodies to improve their institutional response to online harassment. The kinds of harassment reported included complaints of fake profiles, non-consensual use of information, blackmailing, and unsolicited messages.

“The Cyber Harassment Helpline was launched on December 1, 2016 and is Pakistan’s first dedicated helpline addressing issues of online abuse and violence by providing a free, safe, gender-sensitive and confidential service,” read the press release. “It provides legal advice, digital security support and psychological counselling to victims of online harassment.” 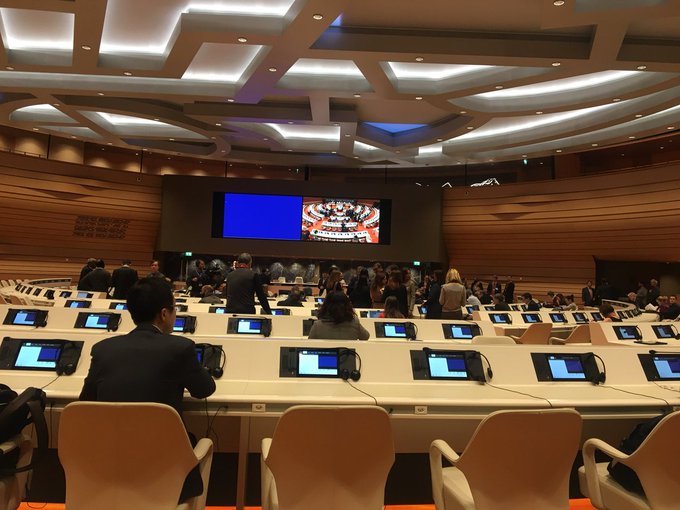 Since its launch till November 30 this year, the helpline received 1,551 complaints in the form of calls, emails and Facebook messages. Out of these, 1,476 complaints were received on the helpline’s toll-free number [0800-39393].

“The Helpline aims to fill the gaps of service delivery to complainants and victims of online harassment — to do what law enforcement and other organisations cannot — while paying special heed to gender-sensitivity and mental health,” Nighat Dad, the founder and Executive Director of DRF, said.

According to the helpline, a majority of the cases they received pertained to non-consensual use of information, which included pictures, videos and personal data.

“In cases of online harassment, this information is weaponized by harassers to cause harm, reputational damage or to blackmail victims,” said the report. “This information is also manifested in fake profiles or used on various forums without the consent of the victim. Another major form of harassment experienced by our callers is unsolicited messages, usually containing lewd or threatening content.”

As per the helpline’s data, 67% of the calls were made by women while 33% of the callers were men.

Meanwhile, the largest number of complaints at the helpline pertained to Facebook (480 complaints). According to the report, 45% of the callers experienced harassment on Facebook.

In terms of demographic distribution, 50% of the calls came from Punjab, 18% from Sindh, 5% from KPK, 2% from Balochistan, 1% from FATA and Azad Kashmir, and 5% from the Islamabad Capital Territory, said the report. “The Helpline has strict privacy and confidentiality policies in place, and only non-personally identifiable information is collected from our callers with informed consent,” read the press release, adding that 19% of the callers did not want to disclose their location.

According to the age breakdown, a majority of the callers (61%) were aged between 20 and 30 years, mostly in their early 20s. “… it can be extrapolated that the most vulnerable demographic in terms of online harassment is young women,” read the report. “It is also interesting to note that 5% of the complainants were under the age of 18, which is below the age of majority and consent, and raises a number of legal questions and concerns regarding child pornography (made illegal under section 22 of PECA).”

At the end of the report, the DRF puts forward some recommendations for the government and law enforcement agencies that can help improve the reporting mechanism regarding cyber harassment.

“There is an urgent need to build the technical and financial capacity of the National Response Center for Cyber Crime (NR3C), FIA to deal with complaints in a timely and satisfactory manner,” read the press release. “The Investigation Officers (IOs) and Prosecutors need to be trained in cybercrime law, internet governance, criminal procedure and trauma counselling.”

DRF urged upon the FIA to fulfil its obligation under Section 53 of the Prevention Electronic Crimes Act 2016 to submit reports to Parliament and ensure that the reports are public. “We recommend that the FIA forms a separate desk for addressing online harassment with female IOs and gender-sensitisation training,” read the press release. “Lastly, the FIA is urged [to] put in place case management and tracking systems to ensure an accessible complaint registration procedure and effective follow-up on cases.”

Among its plans for the future, the helpline plans to expand its geographical reach and advocacy. “The Helpline will conduct outreach in less urban settings to ensure that awareness about its services is not just restricted to major cities,” says the report. “Online harassment and violence is not solely an urban issue and as cases such as the Kohistan case show, women in these areas are even more vulnerable due to lack of institutional support.”

The report can be read here.