llustration by Aniqa Haider for MMfD

Trans rights activists often send distress calls on social media and the content sometimes depicts extreme violence against trans individuals. Does this help their cause?

A two-minute video on a Facebook page, called Trans Action Pakistan, a transwoman is seen lying on a bed with a fractured foot and a backbone injury. She is talking about her plight at a hospital in Nowshera, that refused to admit her because there aren’t any beds for transgender people. Videos depicting violence towards the trans community make rounds on our social media every day. Some of these videos are not sanctified, edited & blurred for public consumption – they show real, raw graphic violence against the community, Some of them are so gruesome that you cannot erase them from your memory even if you try.

In the seven-month-old video, the severely injured transwomen mentions how a doctor who came to examine her foot injuries, slowly slid his hand up her genitals and molested her. When she begged him to tend to her wounds, the doctor got angry and forcefully discharged her out of the hospital in the middle of the night, while she was unable to walk. She describes her ordeal in detail, laying bare the structural discrimination that the transgender community faces in Pakistan.

Human Right activist, Qamar Naseem, runs a Facebook page TransAction Pakistan, focused on highlighting incidents of violence against the transgender community and creating awareness about their rights. Naseem insists that digital media has helped a lot in getting the cases of violence registered with the police, enabling them to start the investigative and judicial process. However, Naseem feels that the poverty and illiteracy of most members of the community, makes it difficult for them to navigate the complex legal procedures, enabling culprits to walk free.

TransAction Pakistan is followed by around 90,000 people from all around the world, where lawyers, policy makers and activists come together to support. ‘We have been able to maintain a digital data archive for KPK, where violence against transgender people has been reported very often.  This page itself has been a part of countless academic discussions.’

When the law needs a nudge…

In 2017, another life was saved when Sarah Gill posted about a gang of transphobic men who were abducting and abusing trans women all around Karachi.  They would also make videos while inflicting torture and post them on the internet. When Sarah posted about them, she was threatened to be shot dead. After a lot more struggle and being dragged by the police, they were able to get the suspect behind the bars for some time.

Shehzadi, a trans activist based in Karachi believes that social media has acted as a catalyst in a lot of cases of violence because if a case is not being proceeded to an FIR, the pressure that builds up from social media helps escalate the reporting process. ‘Sometimes I go live from the police station on our Facebook profiles and from there a lot of support latches on.’

This also makes the criminals vigilant and they tend to step back in most cases, causing the case tension to subside momentarily. Often times lawyers have come forth and offered pro bono support just because they have been ardent followers of all the social media posts.

While online spaces are actively used by for activism for and by the transgender community, often, the systematic violence and discrimination follows them in the digital space. Zerish Khan, a trans activist who works as the program manager at Gender Interactive Alliance, mentions how people slide into her inbox to appreciate her efforts with on ground activism but just end up asking for sexual favours in the end.

“If I achieve a milestone, I cannot post about it without constantly fearing men tracking my location and stalking my whereabouts,’ she says while sipping on chai at a café in Gulshan, on a cold Karachi evening. After a long day of work, she has still agreed to meet, in the name of her activism being able to raise awareness because she thinks even though social media has created enough noise for the people to be aware and have sympathy with the violence inflicted on the vulnerable trans lives but it has not lead to acceptance.

Aradhiya, a trans-rights activist, who has taken to social media to respond to real life cases of descrimination and harassment, mentioned how straight men from activist circles would also take photos of her in malls and other public places, send them to her and exclaim how beautiful she looks.

‘I have gotten my Facebook hacked so many times over nonsensical ego issues that men would create in their own heads,’ she says.

The community is threatened for their life every single day and the mere cost of existence is constantly being weary of what you post on social media or do as a part of the routine.  In a 2013 survey, the Express Tribune, an English-language Pakistani news daily, measured internet use in Pakistan and found that approximately 70% of users on Facebook were men.  Those looking at the internet have found that cis and trans women are a minority online, making them more vulnerable to harassment, however, the community in Pakistan has used these platforms effectively to demand and organise for greater rights.

Many considerations for trans-rights activists

Aisha Mughal, an expert for the transgender community at Human Rights Ministry, holds that posting images of transgender people is in itself a complex issue. here are often trans people who are not ‘out’ in their birth homes and posting pictures of them being violated can pose a greater risk because their families might come after their lives.

Aisha Mughal holds that if a transgender person has been murdered and the online forum wants to post their photo to attain justice or raise awareness, the issue of not having the consent to disclose their identity is understood by very few.

‘If I have any authority over the matter, I make sure that the faces are not included in the photos that are being posted’, she said.

Qamar Naseem has quite the opposite view. He believes that these crimes are as heinous as they’re shown to be, and that is exactly what gets the audience’s attention. A video with elements of sex work or crime goes viral on the internet at a faster rate than an anonymous post, because human beings intrinsically have voyeuristic tendencies.  Similarly, Naseem says that infographics have done remarkably well in getting the point across to certain audiences.

Does the law fall short?

Members of parliament voted to pass the much-awaited Transgender Persons (Protection of Rights) Act in 2018, which is supposed to ensure the safety of the community in public and private spheres and also allows them to associate with the gender that they choose. The law has passed but even after an entire year it has still not been implemented in Sindh and Balochistan.

However, Aisha Mughal believes that things have been generally better for the community as there have been lesser cases of murder, since. 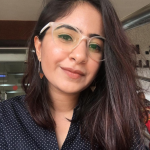 Manal Khan is an independent journalist who covers gender, culture and society in film, photos and words. She tweets at @manalkhan07