Turning on the hate

Pakistan is home to people from nearly all beliefs and faiths, yet most of them avoid speaking about hateful messages or actions targeting them openly both in online and open spaces, given our treatment of religious communities. A number of people have been killed, harassed, falsely accused of blasphemy, or been a victim of violence because of hate speech in online spaces. People who in the past used religious spaces and printed literature to spread hate against minority communities especially Ahmadi, Hindu and Christians, have now turned to online spaces, as a result their message now has a wider audience than in the mosque or people who subscribe to such literature. It is being amplified through clicks, comments and shares on social media.

In September this year, an open letter signed by various human rights experts at the United Nations stated how online hate speech exacerbated social and racial tensions. “The rhetoric of hatred must be countered, as it has real-life consequences. Studies have established a correlation between exposure to hate speech and the number of hate crimes committed,” the letter stated.  This has been seen in Pakistan as well, where there are real life consequences of online hate speech and campaigns.

Numerous cases can be cited in this context, however Aasia Bibi’s case is a classic example of hate speech, use of blasphemy laws, and how people had to pay a price for supporting Aasia Bibi; Salman Taseer, former Governor of Punjab province in Pakistan was killed over his comments on this issue by his bodyguard Mumtaz Qadri who was later sentenced to death by the Supreme Court and later hanged. The Tehreek-e-Labbaik (TLP) launched a full scale hate campaign against Aasia Bibi when the Supreme Court was to announce its verdict, even naming institutions, government officials and others and threatened them on social media.

Outside of these very violent consequences, hate speech also impacts the mental wellbeing of minority communities. Daanika Kamal, co-founder of The Colour Blue, an organisation aiming to empower those facing mental health challenges through engagement, support & service provision, says that the extent of social media harm on our mental health depends on the ‘social comparison’ factor, or how we compare ourselves to what we see on our feeds, and how much we believe what we are exposed to; for example, a feeling of worthlessness may be aggravated by social media leading to depression. Minority groups constantly getting attacked for their beliefs, being told they are ‘wrong,’ find it is often harmful for them to come to terms with their own identities as a result of this targeting.

She says such things start defining our identities in narrower ways, distracting from the common identity of being human. Kamal also says that the invisibility offered by social media to people has made it easy for them to indulge in bullying, hate speech, spamming, trolling – sitting behind a screen as the space is unregulated in many ways, and users can express themselves freely and negatively, than they would in face-to-face encounters. This invisibility factor perpetuates a lack of self-awareness and empathy.

Chaman Lal, a Hindu social activist and chairperson of Foundation for Acceptance in The Humanity (FAITH) Pakistan, said, “I, being a Hindu, have to think twice before sharing anything on social media. While Muslims can easily share anything of their belief on social media, we can’t do so as people start making fun of our belief. In offline spaces we have to face discrimination on a daily basis which has now reached cyber space also.”

Aisha Sarwari, Co-Founder Women’s Advancement Hub (WAH) which aims to work with grassroots women’s rights activists, writers, journalists and academics to advocate the needs and rights of Pakistani women, said, “Minority communities, let’s take women for instance, are bullied and harassed simply for being online. They are slut shamed and held responsible for destroying the honor culture. The stress and anxiety is so severe that if you choose to retreat emotionally you will feel silenced and if you fight back it will take an even more severe toll.”

In some cases, the mental and emotional impact of digital harassment leads people to take drastic actions – In May 2019 Aneela Parmar, a Hindu woman from Badin in Sindh, committed suicide after being blackmailed by people of her own community. The blackmailers had shared her personal pictures and messages online, resulting in her break-up with her fiancé. The stress led her to commit suicide in a bid to spare her family the shame she was experiencing.

Usman Khan belongs to the Ahmadiyya community, one of the most frequently targeted minority groups in Pakistan. Sharing his experience of online spaces Khan said, “I don’t particularly discuss my religious beliefs on social media as I don’t think social media allows the required detail and nuance for that. However I do raise our and minority issues particularly those pertaining to politics and human rights. In terms of people’s behaviour – I think instead of making people more tolerant and open minded it has actually made things worse and has made them die hard adherents to their beliefs.”

He said, “When people join Twitter or Facebook they look for like minded people, groups etc., this creates massive echo chambers leading to crystallising their beliefs, and if they happen to be intolerant it ends up making them more close minded.”

Sarwari, whose work includes closely following online conversations says, “In the case of religious minorities the abuse and hate speech are very cleverly disguised as divine scripture. Thus for persecuted communities any fight back is construed as a challenge to divinity. Whereas the fact is that the priesthood and clergy of majority religions are intellectually corrupt and abuse the system to get political power. They make anti-minority hate a rallying cry for power and therefore minorities have no safety net – their mental health is just as terrible as the mental health of a beaten and bruised prisoner in the Guantanamo Bay solitary cell. This is wilful wrongdoing – the Pakistani constitution emphasises the freedom of religion.”

The laws though don’t always function and are marred by existing social prejudices. Sarwari said that the FIA can improve its productivity and take minority cases seriously by ensuring diversity within their investigation teams. She stresses on the need for sensitisation about pervasive victim blaming culture.

Asked about assistance from Federal Investigation Agency (FIA) National Response Centre for Cyber Crimes (Nr3C), Chaman Lal said, “It is their duty to protect us and I will approach them for help but I will not be very comfortable with sharing my religion as they have not been very helpful, and Aneela Parmar’s case is a perfect example of how justice is not served.”

Incidents of online violence have a lasting impact on people’s mental health leading to people seeking different methods of dealing with them, and as mental health is taken very lightly in Pakistan, this results in people going into hibernation, deactivating their accounts or not sharing anything personal at all.

Malik Shahrukh is a Pakistani living in Europe who received threats due to his liberal religious views and mind-set, and not making his wife who is Sikh, change her religion. Starting from Orkut, he has been using social media since 2004, and has witnessed change in online behaviours in Pakistan.

He said, “I witnessed a vast transition because on the one hand these online platforms empowered masses to entertain and campaign for their interests, and on the other some took unfair advantage and used it for hate speech and belittling others beliefs and thoughts.” To a question he said, he does talk of his religious beliefs online, however most of the time he gets extremely intolerant responses and is often bombarded with hateful messages and comments.

Asked if he thought of deactivating his account, he said that he and his wife had thought of deactivating their social media accounts to avoid risk and threats, however they did not because they believe it would uphold the idea of intolerance in society. He said that in 2017, they received messages, calls, and comments full of hate and life-threatening remarks, as a result of a fatwa issued against him by a local Imam falsely accusing him of passing derogatory remarks and blasphemy.

He said he would hesitate to ask the FIA or legal authorities for assistance as religious and political interference has made them biased and these institutions were not trained or equipped to handle such cases. Until a change in the system is made the only response to an extremist mindset is silence.

Asif Iqbal, Assistant Director of FIA, deals with cybercrime complaints. According to him, “All complaints are dealt with according to law, irrespective of the complainant’s belief. We often receive complaints from Christians and Hindus in Sindh. In 2018, there were 6 complaints from the minority community out of 10,000 from Pakistan.” Iqbal also said that nearly 6000 pages that were spreading sectarian hate content have been blocked on social media. According to Iqbal, “Most of them were being run from abroad.”

He said that Parmar’s case was never reported to them.

Legally, hate speech is criminalised under the Prevention of Electronic Crimes Act (PECA) 2016. But the lack of trust in FIA, and the implementation challenges that make legal investigations and action slow, often mean that victims of online and digital hate choose not to approach the Agency at all. And so, the cycle of hate online, often continues unbridled. 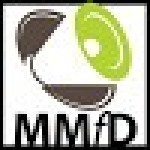 R Umaima Ahmed is a journalist. She tweets @Umaimablogger