Are Ali Express items being sold in Sunday Bazaar? DRM finds out

Islamabad: A “lucky draw” has caught the attention of the inhabitants of the twin city since 15 September when a tweet emerged claiming that a shop at the Sunday Bazaar, near Peshawar Morr Islamabad was allegedly selling the lost/ unwanted Ali Express items for Pak Rupees 200 (US$ 1.62).

According to the tweet, these parcels were lost in the mail and never reached the rightful owners in Pakistan.

Do you guys know where your aliexpress packages go when they don’t reach you? They are in Sunday Bazaar. A person is selling them for 200 Rupees. “Jo bhi nikla apki kismat”.
Someone please shut down Pakistan Post! pic.twitter.com/sgqA6JR088

The picture was originally sent to Laraib Mehtab by Talha Saleem, who was the first to find the shop and later made a Facebook post about it.

In a chat with Digital Rights Monitor Talha said that he did see a couple of parcels address to people in Pakistan, “but they were very few compared to the whole lot.”

Are u kidding me ???? thats why i didn’t get so many things

Did everyone think they’ll find iPhone in it? Are people who move it forward mad? ????????

Where is this stall? One of my AliExpress package don’t arrive till 45 days. Maybe I get mine from here.

Social media blamed Pakistan Post officials for losing their items and claimed that the authorities were at fault here.

In order to investigate the matter, DRM visited the bazaar. It was learned that the parcels were being sold at Shop # F-086. It is being managed by Sardar Zeeshan Khan for the past 8 years who hails from Kasmir.

Apparently, thanks to social media frenzy, the shop was crowded and the shopkeeper was found screaming at the top of his voice, “ Rs. 200 for one, try your luck, do not open, try your luck” as the crowd digs into the pile.

DRM talked to the shop owner Sardar Zeeshan at Sunday Bazaar who explained that these parcels were not in fact from Pakistan, rather lost and unwanted mails from abroad.

“These packages have nothing to do with Ali express or Pakistan Post rather they were being sent to Ireland, Holland, basically anywhere in Europe or the world except Pakistan,” said Zeeshan Khan.

Mr. Khan explained that the vendors at the bazaar bought containers from Karachi, each worth up to to 4 million Pakistan rupees and usually contained electronic items, crockery, stuff toys et al. He said that this was the first time such parcels were found in the container in sacks along with some opened items packaged in carton boxes.

Expressing displeasure over the false information being spread about these parcels, Zeeshan said: “Someone posted it online and I feel terribly sad about it. They said Pakistan post has sold these to the Sunday Bazaar but the customer’s name and addresses are clearly mentioned, Please read, they are not local.”

Zeeshan shared that people who brought these parcels were able to find different kinds of things including Bluetooth, watches and jewellery.  He insisted that he had no control over what might be in the packet and thought it was a fun sales gimmick to let people try their luck.

These parcels have been at this shop for the past two months, but since the post surfaced on social media Zeeshan has had an influx of customers for which he was grateful. “The brother has helped me in a way but also used the wrong words. He accused me of selling Pakistani parcels which is untrue,” he says.

Meawhile, Talha Saleem updated his post with this clarification by Ghazanfar Abbas, Assistant Superintendent at Pakistan Post, Rawalpindi DMO.  “The matter has been investigated. This mail does not belong to Pakistan Post, addresses are not for Pakistani customers, seems these have been purchased from out of the country as refused articles and then imported as second-hand material.”

In the midst of social media frenzy around these parcels, the shop was visited by customs officials, FIA officials and Pakistan post official. Hafiz Shakil Ahmed, Director International Postal Services while talking to DRM over the phone explained that these parcels were stolen or lost from abroad and had nothing to do with Pakistan post.

“We have explained it to everyone and replied to all the emails from customers also. This mail did not come to Pakistan post but came in scrap containers and are being sold in the bazaar,” Shakil says.

Mr.Shakil  further said that the issue should be handled by the customs and anti-smuggling department and a formal inquiry into the matter was being made so that the relevant authority could take action, “because when people see such packages they blame us (The Pakistan Post) for no reason maligning our names and this needs to be clarified.” 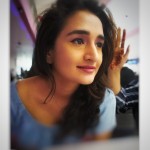 Annam Lodhi is a Program Manager at Media Matters for Democracy

The internet has taken over our lives and made us into addicts. Here's how