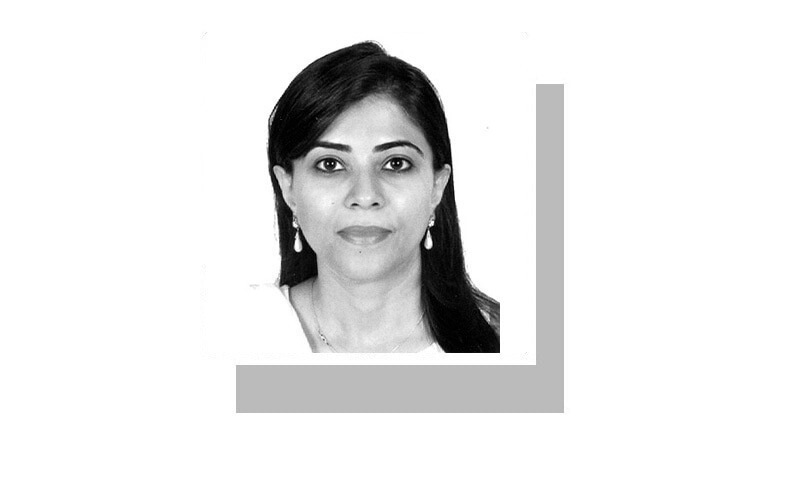 IT has been a disturbing week for those who believe in freedom of expression. International events aside (such as the arrest of WikiLeaks’ Julian Assange), Pakistan seems to be facing its own set of challenges. Journalist Shahzeb Jillani has been named in an FIR for pointing fingers in a direction deemed unacceptable by the complainant while reporting on enforced disappearances, it seems.

On the other hand, Ishaq Dar is apparently not acceptable on television. A recent interview of his was pulled off air shortly after it began. Earlier, a couple of his interviews had been broadcast; perhaps it was due to the element of surprise. Those who caught on late to this trend of ratings were punished for their tardiness and the programme pulled off the air.

Our freedom of expression is now limited by a growing number of no-go areas. And it is now routine for the ugly ‘C’ word to be bandied about. So much so that it is now a truth universally acknowledged and universally discussed in Pakistan. Every seminar, literature festival and tweet, as well as story in the foreign press, makes mention of it. It is countered by arguing that the ability to say this publicly illustrates the absence of censorship. If one can publicly lament the absence of freedom, how is it absent? (This is how a federal minister recently countered the complaints at a seminar in Islamabad.)

Perhaps the truth lies somewhere in the middle.

Undoubtedly, it is after a long time that the Pakistani press has seen pressures of the kind that it has. And it is not used to them. But changed times and the availability of new platforms mean that curbs are more openly discussed than ever before.

It is unfortunate that the PTI is now allowing opposition and dissenting voices to be suppressed.

This also means that the forms of resistance have changed — for various reasons, there are few efforts by trade unions to take to the streets and hold demonstrations to protest the curbs. Perhaps that was the only way to highlight the issue in the old days. These days, individual voices on social media platforms create awareness. It is also where dissent is being voiced and registered, one tweet at a time. And as a result, the clampdown is not hidden from anyone.

Indeed, no one can say that the curbs on the freedom of expression are not publicised simply because there are no organised protests in the open.

The absence of unions is perhaps worrying for another reason. It points to the absence of unity among the journalists. This means that we have failed to resist the more worrying trend of criminalising journalism. Be it FIRs against journalists or JITs formed to probe their stories, out there is one group of working journalists who supports this outrageous step. And this has meant that it is no longer out of the ordinary to hear of ‘incorrect’ or ‘unfair’ reporting or commenting being seen as a crime.

This is perhaps the most serious fallout of the absence of unity.

Linked to this is journalists’ crisis of credibility (however great the pressures on journalism, journalists as a community should never stop paying attention to their own need for reform), as far as the public is concerned. Many are no longer seen as neutral by readers and viewers.

An incident comes to mind. In the run-up to the 2018 election, trying to gauge the mood of the voting public in Islamabad, I entered a shop along with a fellow journalist. The shop owner was well known in the market for his support for the N-League. Once our intentions were made clear, he said that he didn’t mind being interviewed as long as we weren’t from ARY or 92. A friend of his sitting in the shop smirked and asked: “But what about Geo?” (The friend was a supporter of PTI.)

It is of concern that journalists, or the organisations they work for, are seen as openly aligned with political parties. This does not and will never justify the pressures, but one must be aware that such biases will prevent journalists’ work from being recognised as in the public interest. And as a result, the public will simply ignore the outcries against curbs and censorship.

But now for the state, which is responsible to an extent for these pressures (partly because commercial interests have always weighed heavily on freedom of expression but are rarely discussed in Pakistan).

It is unfortunate that the PTI, which attributes its rise and success to the media, is now allowing opposition and dissenting voices to be suppressed. For who else would have reason to object to Dar spluttering away on television? Surely those who were discerning enough to vote for the PTI are also intelligent enough to understand what Dar did to this economy and how irrelevant his commentary is at the moment. The silencing of his voice achieves little but to hurt the government. It paints the picture of a government scared of criticism, even if it will deny its hand in the ‘disappearance’ of that interview.

But more importantly, those in power should not forget the importance of a credible and free press.

The recent Pakistan-India crisis is a case in point. If Pakistan had a message, it was able to pass this on partly thanks to the media in the country. Within days of the attack by India, journalists in the country were the first to report on the Balakot strike that was not. Remember an anchor reporting that the only casualty of the Indian strike was a crow?

But if this message is to remain credible, then it is up to the state to ensure that when that anchor or anyone is speaking, their voice is seen to be free and independent. For only then will they be believed.

These voices do not just criticise a government or more. Sometimes these voices are necessary for reporting other truths also, but for that, the environs in which they speak also have to be credible.

An Internet Shutdown Is Keeping Coronavirus Information From Millions in Pakistan